10 Things to Do in Rouen, Normandy-

While visiting Normandy, you must go to one of the most beautiful cities in France: Rouen. Looking for the best sights and top things to do in Rouen for a perfect week-end? You’ll find here the 10 things to do and not to miss in Rouen.

Get lost in the pedestrian historic city center of Rouen

Going to Rouen feels like having discovered time travel. Rouen belongs to France’s best-preserved historic cities and it’ll be like stepping into a medieval film set. Can you imagine that France’s oldest restaurant is right here, and that it dates back to 1345? Rouen has more than 3000 historic houses, some of them nearly a thousand years old. The city center is entirely pedestrian and it’s a joy to get lost in its windy, cobbled streets. Don’t skip Rouen’s most “instagramable” spot, the huge and beautiful medieval clock called Gros-Horloge.

Rouen is so beautiful! 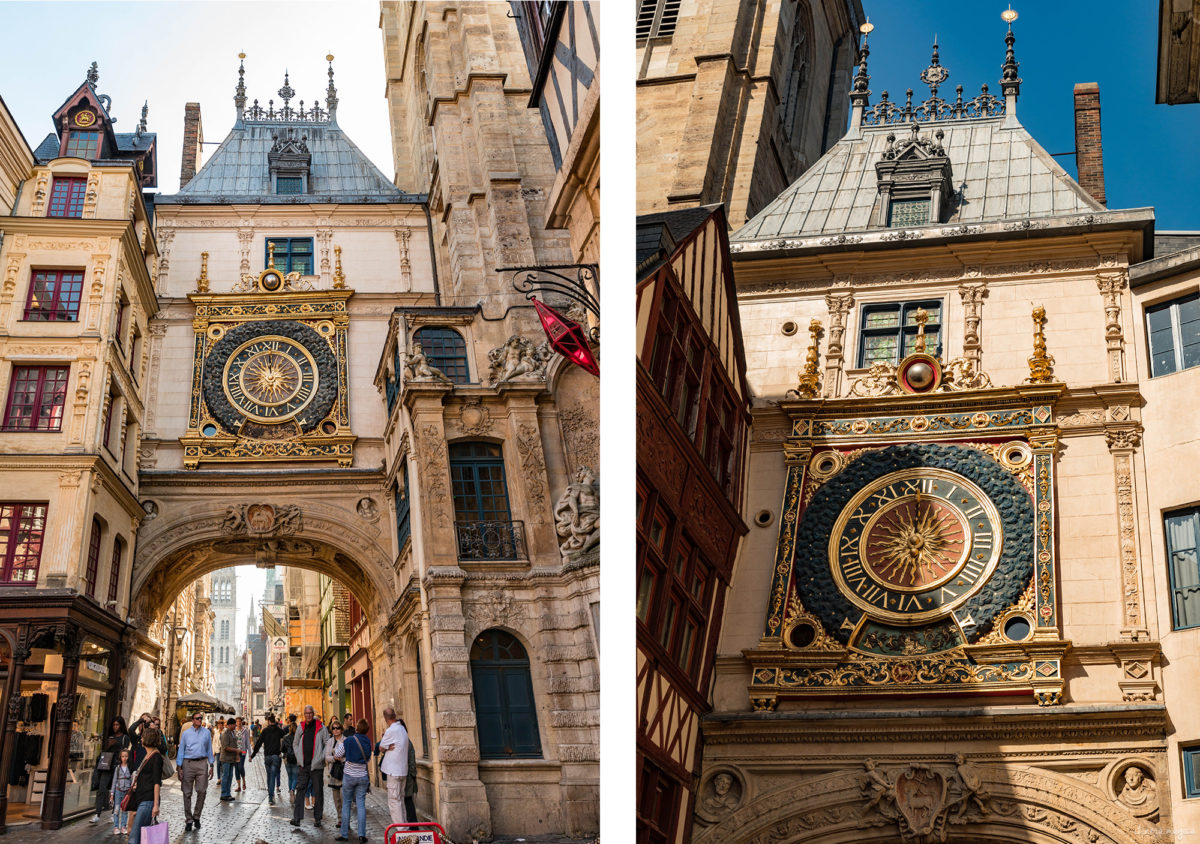 151 meters, that’s the height the cathedral tower reaches – Europe’s second tallest one. But the most beautiful thing about the cathedral is its front facade, a delicate marvel of gothic sculpture. Also, some features of the nave will remind you of Harry Potter… From June to September, a fantastic show will color the facade with sound and light every evening. It’s really worth it. 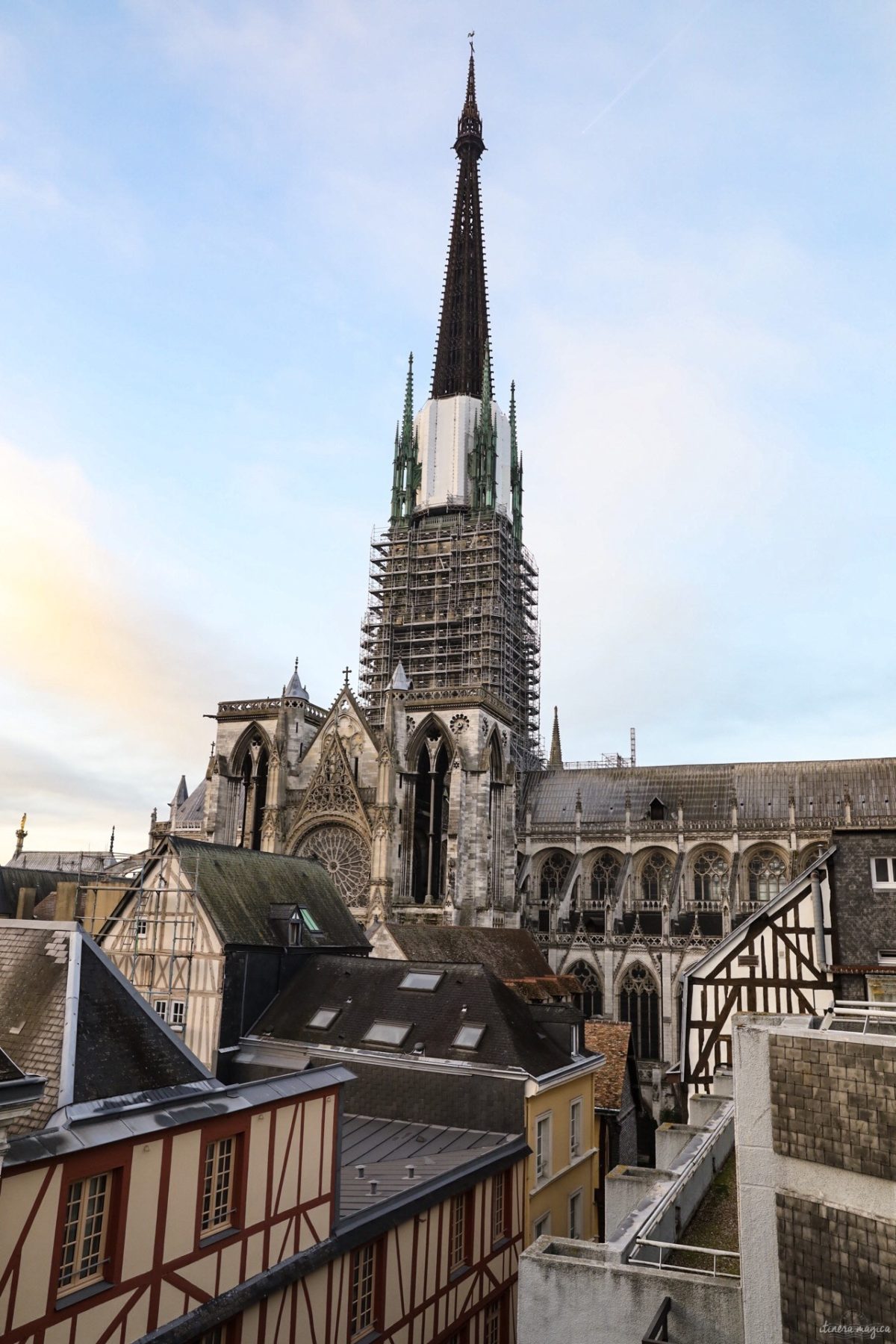 Every night from June to September, the cathedral comes to life with an amazing show.

Go in the footsteps of Joan of Ark

Rouen is also the city where the inspiring prophetess and warrior Joan of Ark was imprisoned, judged and burnt at the stake – many places in Rouen are a testimony of her significance, such as the church bearing her name, the “historial” reenacting the trial or the XXL Panorama which takes you back to 1431.

A truly different kind of church

Did you know no other city in France has so many bars per inhabitant as Rouen? It’s a young, dynamic, fun city where you’ll find tons of authentic little bars and cafés. Enjoy!

Life is beautiful in Rouen!

Try local foods at the market

Normandy has the reputation to be one of France’s best regions for local food: it has 4 famous cheeses, the best dairy products in France (butter, cream…), tons of locally produced vegetables and fruits, and of course the fish and shellfish from the Channel Sea. Rouen is a foodie’s delight.

Go for a cruise on the river Seine

The river Seine, which flows through Paris and Rouen before reaching the sea, is a lovely and peaceful river and its banks are covered in willows and charming villages. Take a river cruise from Rouen to Elbeuf with the boat L’Escapade, enjoy typical food from Normandy and go with the flow…

Shopping with flair: look for antiques in Rouen

When it comes to shopping for antiques, Rouen is considered as the very best city in France. It has been famed for centuries for its many quaint independent shops. What you’ll find here can’t be found elsewhere, true treasures await.

Each shop is unique

Eau de Robec Street, with so many art shops

Rouen has France’s biggest ice-hockey club and I swear they do love their team! On Friday nights, they go wild on the ice… It’s a very Canadian atmosphere, with “poutine” (fries with cheese) and loud rock music. If you miss North America, you’ll love it here…

At the Musée des Beaux-Arts, you’ll discover one of France’s best collections of paintings, with a huge focus on 19th century impressionists, who mostly came from Normandy. It’s a lovely way to go back in time.

Where to sleep in Rouen?

I had the opportunity to discover the Hotel Mercure Centre Cathédrale, with a room on the fifth floor which had the most incredible view on the cathedral. I felt closer to heaven… 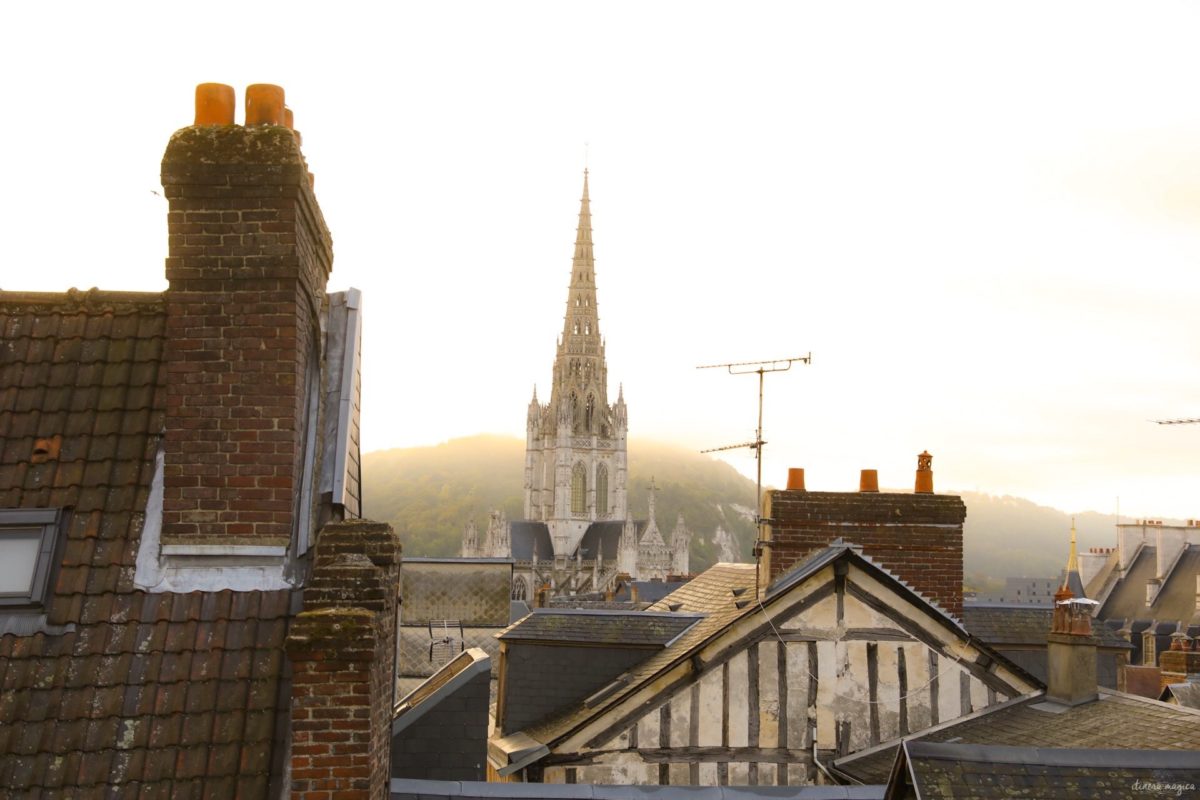 Amazing views on the roofs of Rouen

When taking a road trip through Normandy, do stop in Rouen. Or simply take a train from Paris: it’s only one hour and fifteen minutes away with a direct train departing at Montparnasse Station in the heart of Paris. It’s worth it!

8 commentaires pour
“10 Things to Do in Rouen, Normandy”